Google, the EU and the Law of Unintended Consequences 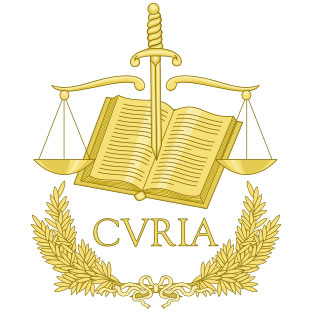 Home | SEO Tools | Google, the EU and the Law of Unintended Consequences
Last updated: May 2020
The EU Court of Justice ruling against Google in May is just one of the news stories this year that has put the privacy vs freedom of information debate firmly back into the mainstream media. The moral and legal issues surrounding the Google case are highly complex and nuanced but the immediate response taken by Google seemed to be one of automation, with the release of a webform for users to register ‘right to be forgotten’ requests. As of October, Google has received 145,000 requests from European citizens to have information relating to them removed. Google has removed 35% of 60,000 web links that Britons had requested be removed. Yahoo and Bing are now following suit with removals.

Statistics aside, the ruling throws up some incredibly difficult questions that have no simple right or wrong answer. In an age where fame (or infamy) can literally come overnight thanks to the ubiquity of web pages and social networks, where does public interest end and an individual’s right to privacy begin? Understanding the repercussions of rulings, either for and against an individual’s right to privacy, are often so dependent on context that it can become very hard to see the wood for the trees in terms of opposing ideologies. In reality an individual’s right to be forgotten exists on a continuum in which a balance must not only be struck, but constantly assessed for unintended consequences.

The Leveson Inquiry into phone hacking, the WikiLeaks documents and more recently Edward Snowden’s revelations to the Guardian and Washington Post, all pose difficult questions for our data connected societies and the ‘data controllers’ like Google who help shape it. Any corporation with global operations faces the inevitable conflict of operating in a borderless free market whilst having to comply with the laws and regulations imposed by national governments on specific geographical jurisdictions that make up that marketplace. The legal issue becomes even more labyrinthine in the case of products based on the Internet, where geographical boundaries really do lose their meaning.

For a company that espouses the free flow of freedom of information across traditional boundaries like Google, this dichotomy has inevitably led to clashes in the past. Google’s controversial presence in China, eventually saw them forced out for refusing to censor search engine results pages that the Chinese government didn’t want its citizens to see. As much as Google execs wanted to tap into the vast and lucrative Chinese search market, the PR fallout back home from such an abandonment of core principles would have been devastating.

This latest clash of values with the EU has produced a more politically subtle fracas. The Chinese One Party system and its dubious track record on human rights are more obviously diametrically opposed to Western cultural and political values. A ‘right to be forgotten’ is a far more convoluted ethic to enshrine.

The EU’s recent attempts to try and split Google’s search engine operations off from the rest of its commercial operations is only the latest development in this cold war of values. In much the same way that many politicians suggested splitting the ‘casino’ operations of big banks off from the customer banking sides of the business the EU is trying to draw lines in the sand that many at Google HQ in California simply cannot fathom.

Of course compromises will inevitably be reached as Google needs a market in the EU as much as the EU needs a free and open Internet. In time though, the EU Court of Justice ruling could still come to mark a very significant divergence in the trajectories of two interdependent Western value systems. The extent to which the Californian tech giant and Brussels will sort out their differences is largely a matter of expediency for both parties and intricately tied up in the complexities and horse trading of EU US relations and soft power.

Of course, to remove individual results because of an individual’s ‘right to be forgotten’ undoubtedly strikes at something quite fundamental about the Internet itself. Our ability to not forget information has allowed us to reshape the way we see and understand the world by freeing information and allowing it to flow across traditional boundaries. The ability to dip into our pockets and search billions of webpages for information on anything, or anyone, we please has thrown up its fair share of moral issues and has even led some to suggest we are creating a less forgiving society, as the misdemeanours and indiscretions of individuals remain forever unforgotten, etched into damning permanency.

But it’s often convincingly argued that the negative effects of the Internet age are more than offset by the benefits it has brought to human society at large, both in terms of knowledge sharing and the empowerment of oppressed individuals, minorities and entire societies (why else do countries like North Korea devote so much energy into suppressing it).

Letting other players gain more of a foothold into the market by holding Google to account through antitrust rulings are part and parcel of a healthy free market, but in forcing Google to remove individual search results from its SERPs, the EU may be chipping away at one of the fundamental pillars of the Internet by tampering with a universal system of search and creating unpredictable consequences as a result. The right to be forgotten may well be a fundamental human right, but in this digitally dependent age, so to could be our collective right to remember.

Image Credits: By Ssolbergj, and the authors of the source files [CC BY-SA 3.0 or GFDL], via Wikimedia Commons

Other posts you will enjoy:

If you have any comments or questions about this post, or would like to discuss a specific issue with your site, please get in touch using the form below.

Receive an email when we publish a new 'how to' guide or SEO tip.

And connect with us on social media to stay upto date with our latest news:

Magnus is an SEO specialist and online marketing professional with over 20 years of digital and traditional marketing experience.

As the founder of Bespoke Digital, Magnus has worked on technical site audits and content marketing campaigns for hundreds of clients and regularly writes about SEO strategy, tips & tricks.

Looking for something different?

We use cookies to improve your browsing experience. We'll assume you're OK with this, but, if you wish you can opt-out below.

This website uses cookies to improve your experience while you navigate through the website. Out of these cookies, the cookies that are categorized as necessary are stored on your browser as they are essential for the working of basic functionalities of the website. We also use third-party cookies that help us analyze and understand how you use this website. These cookies will be stored in your browser only with your consent. You also have the option to opt-out of these cookies. But opting out of some of these cookies may have an effect on your browsing experience.
Necessary Always Enabled
Necessary cookies are absolutely essential for the website to function properly. This category only includes cookies that ensures basic functionalities and security features of the website. These cookies do not store any personal information.
Non-necessary
Any cookies that may not be particularly necessary for the website to function and is used specifically to collect user personal data via analytics, ads, other embedded contents are termed as non-necessary cookies. It is mandatory to procure user consent prior to running these cookies on your website.
SAVE & ACCEPT